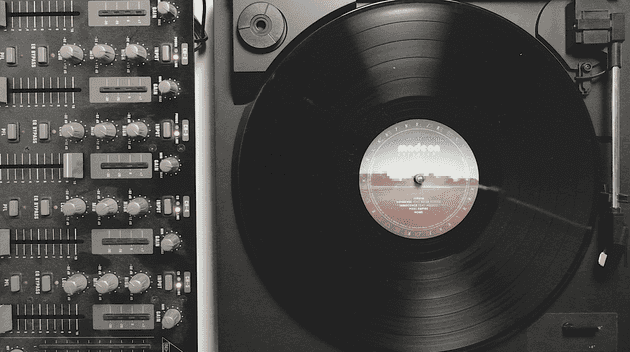 I wanted to jump on the vinyl resurgence bandwagon – but in a more meaningful way than buying Wirecutter’s recommendation. Here’s how I restored my grandfather’s LAB-1100.

If you’re interested, this is a great entry-level turntable: it’s semiautomatic with a built-in phono stage (and RIAA equalization). That’s everything you need to get started playing records – you can pick one up on eBay and renew it for cheap.

I used a USB mixer to record audio samples at each stage of the renewal, the RPM iOS app to track changes in spin speed (these apps use your phone’s accelerometer as a modern alternative to stroboscopes), and Madeon’s Adventure as my sample album.

Here’s the starting point - the needle scratches all the way into the 11th track, Pixel Empire, and plays with significant distortion and skipping: 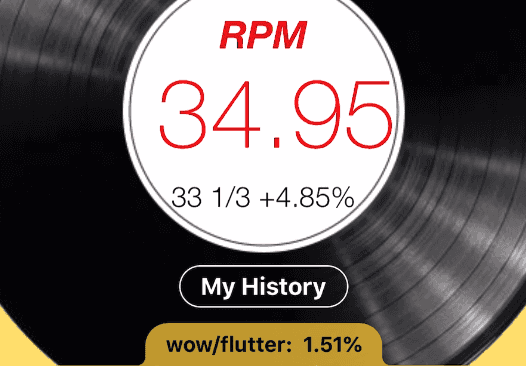 There’s two main components that need replaced over time (~1000 hours playing): the stylus and, for belt-driven turntables, the belt.

The manufacturer recommended stylus replacement is the Audio-Technica ATN3600L (found in online manual).

There’s many great guides available on how to swap a stylus. The LAB-1100 manual has instructions on page 12: 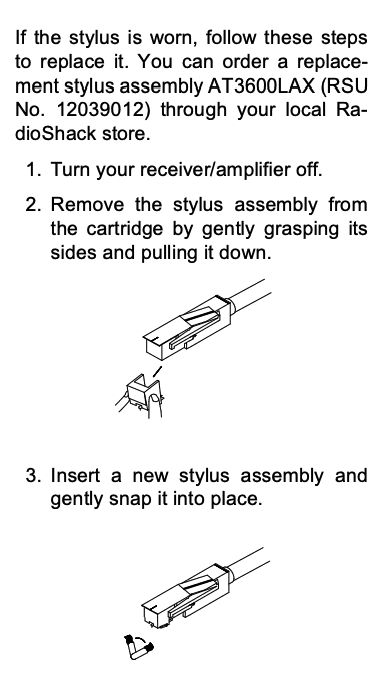 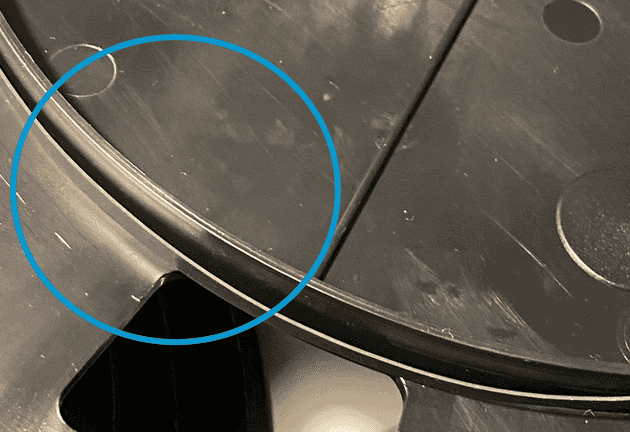 This over-stretched belt loosely hangs off the platter

You can determine what kind of belt you need to by measuring the underside of the platter:

In this instance we’d search for a ~206mm belt

You may also be able to find a model-specific belt, like in the case of the LAB-1100: 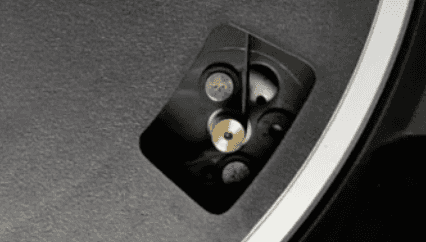 After changing the belt and stylus, it’s sounding much better:

But a familiar ear will notice the song still sounds a bit faster than usual:

Turntables usually allow speed adjustment through knobs / potentiometers. I couldn’t find them on the LAB-1100 until I found this super helpful comment from Randy on YouTube: 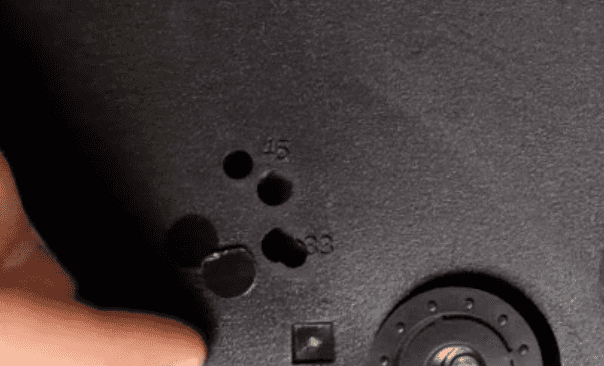 Using a screw driver to adjust the potentiometer through the “33” hole (33 1/3 RPM) will make the motor spin faster or slower.

Past the stickers, there’s also a foam barrier you must slip a screwdriver through in order to be able to turn the potentiometer. It feels strange to blindly jam a screwdriver in an electrical appliance; double check that it’s unplugged and use care when fishing around.

After several rounds of trial and error, I was happy to land within a half percent of 33 1/3 RPM:

At last, here’s how it sounds: